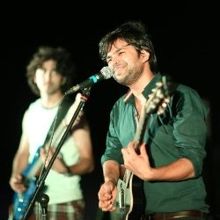 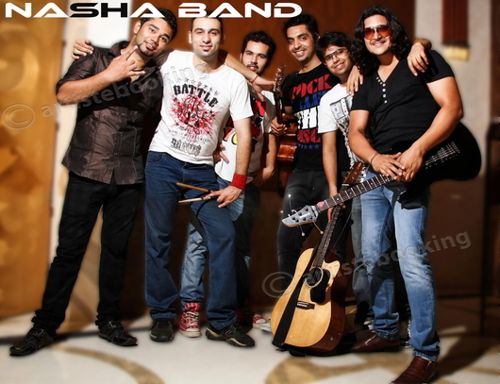 Nasha' a Delhi based 'Sufi Rock Band' formed in November 2009. They play soulful music in a 'Modern Contemporary Rock version'. The kind of music they play is popular among the masses and also includes bollywood hit numbers in thier own sufi style. The band includes 'Akhil Sacheva' on the lead vocals... 'Saurabh jain' on the 'Acoustics 'n' vocals'..'rohit' on the guitar's... Jivi on 'bass' 'n' 'Ankur' on drums.  The band has performed all over the nation till date from doing various concerts, private shows, corporate shows to institutional gigs.... Also performed with re-known artists like Ustad Rahat Fateh Ali Khan, Mohit Chauhan, Atif Aslam, Hard kaur etc. 'Nasha' has been awarded as The 'Best Band from North India' by 'Times Music'... Have been the winners of 'Mtv Rockothon 2010' 'n' have also been the participants of 'Mtv Rock On'(top 7)... Have shared the same stage to perform with bands like Parikrama, Indian Ocean etc.The title track 'Nasha' is about to be released in an upcoming bollywood movie 'n' the first album 'Nasha' has been launched by 'sa re ga ma' ...!!

Why Book Nasha band Through ArtiseBooking?