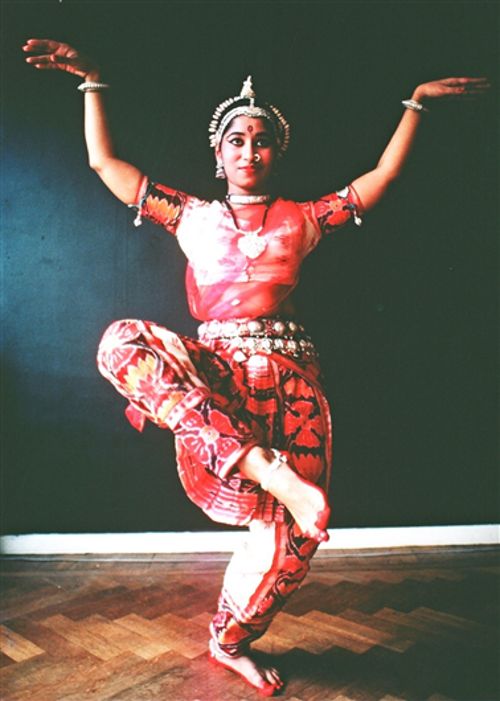 One of India's virtuoso classical dancers, Oopali Operajita has been called “the best Odissi interpreter today” by India’s most respected dance critic, P V Subramanian, (Subbudu), of The Statesman, New Delhi. She was born into a leading and distinguished family in Orissa: her parents, Professor Bidhu Bhusan Das and Professor Prabhat Nalini Das being eminent scholars and educators, who were educated at Harvard, Columbia, Christ Church, Oxford, and the University of Minnesota. She is a grand daughter of Rai Bahadur Durga Charan Das and award winning Oriya poet, Shrimati Nirmala Devi.

Operajita started studying Bharatanatyam at the age of six, with S. Meenakshi and Veena G Visalakshi, in Rishi Valley. She had her arangetram, or professional debut, at the age of eleven, and played lead roles in dance dramas staged under Rishi Valley’s fabled Banyan Tree for philosopher J Krishnamurti, and international audiences who visited Rishi Valley to listen to Krishnamurti. Simultaneously, she studied Odissi for five years with Debaprasad Das and, later, for twelve continuous years with Odissi’s greatest guru, Kelucharan Mohapatra, who mostly taught her at her parents’ home. When Mohapatra returned to performing after a hiatus of twenty years, in the dance-drama, Konarka, he cast Operajita in the female lead opposite him.