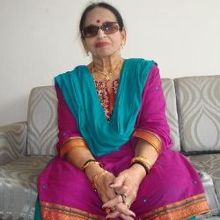 P.Madhuri is an South Indian Playback Singer. She has sung songs in Malayalam, Tamil and Telugu. She won two times Kerala State Award for her playback singing.

Madhuri was born in Tirchirappali is a Tamil family. She got married to V. Jayaram at the age of 13 and become a mother at the age of 16. he was a part of an amateur drama troupe when Malayalam music director G. Devarajan happened to watch one of her performances at Madras. That was the turning point of her life she become successful and known in Entertainment Industry.

She was introduced to films by Devarajan through Kadalppalam (1969), in which she sang the famous Mappila song "Kasthuri Thailamittu Mudi Minukki". Devarajan handpicked her and groomed her into one of the most successful Malayalam playback singers of all time.

Why Book P. Madhuri Through ArtiseBooking?