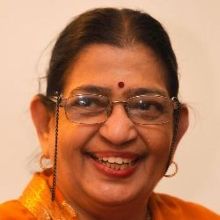 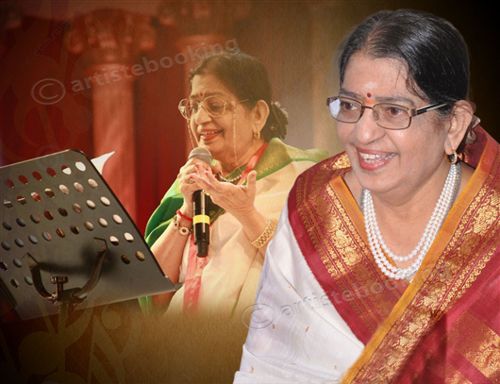 Pulapaka Susheela is an Indian Playback singer. She was born in a year of 1935. She is the recipient of five National Awards and numerous state awards, Susheela is widely acclaimed as a singer and is well Known for her mellifluous vocal performances for thousands of films songs across South Indian languages. She is also considered one of the rich voiced singers whose pronunciation of the syllables to be more clear and precise in any of the languages she sang. In a career spanning more than four decades, she has recorded numerous songs in Varios Indian Languages including Telugu, Tamil, Malayalamm, Kannada, Hindi, Bengali, Oriya, Sankrit Tulu, Badaga.

She was born in Telugu speaking family in Andhra Pradesh, India as the daughter of Pulapaka Mukunda Rao a leading advocate in Vizianagaram, Vizianagaram District, Andhra Padesh State. The noted banker Pulapaka Seethapathi Rao, Former managing director of state Bank of Hyderabad was her father younger brother along with Pulapaka Ragupathi Rao. She is married to Mohan Rao they have a son named Jayakrishna and two granddaughter named Jayashree and Subashree. Her daughter in law Sandhya Jayakrishna is a singer who debuted with A. R. Rahman in Iruvar. After completion of schooling, Susheela joined in Maharaja's Music College, Vizianagaram, and completed Diploma in Music from Andhra University in First Class at a very early age.

In 1950, music director Pendyala Nageswara Rao was on the look out for some fresh voices to sing for his new film compositions. He approached the AIR to help him shortlist some of the finest singers who have performed for the Radio. AIR sent forward five singers of whom Susheela was selected after some thorough audition tests. She was immediately signed on for the Tamil film Petra Thai (1952) for a duet song "Edhuku Azhaithhai" with A. M. Raja. This was subsequently made in Telugu as Kanna Talli for which she recorded the same duet with Ghantasala. This resulted in her long term employment with AVM Studios singing for their productions alone with a fixed monthly salary. The studio owner A. V. Meiyappan hired a Tamil trainer for Susheela to hone her Tamil pronunciation skills. Thus Susheela began her illustrious career gaining abundant knowledge about music and language. She debuted into Kannada language with the film Maadidunno Maaraya in 1954.

With S. Janaki and Vani Jayaram taking over the Southern film songs center stage from 1985 and K. S. Chitra beginning her career, Susheela slowly shifted her focus from films to Devotionals and Light Music. But she continued to get to sing melodious film songs from 1984–1999 though she had after 1985 cut down on offers for singing in films. She even won awards for songs in Telugu films – Vishwanatha Nayakudu in 1987, Godavari Pongindi in 1989 and Tamil film Varam in 1989. She sang duets with Kishore Kumar in 1986 for the film Singhasan – "Chalta Hai Do Dilon Ka Kaise Sansaar" and "Tere Liye Maine Janam" which became popular. She also concentrated more on stage shows across the Globe where many associations world wide invited her to perform for their organised shows. She recorded more than 1000 devotional songs for various audio companies. In 1988, acclaimed music composer Naushad insisted her to sing "Janaki Jaane" for his Malayalam film Dhwani. She also recorded few of her career best songs for Illayaraja, A. R. Rahman and others in the 1990s. "Kannukku Mai Azhagu" from the film Pudhiya Mugam (1993) composed by Rahman was praised all over for its lyrical content and rendition. She had hit songs in Tamil till 2005 and sang many devotional and folk songs from 1986–2005 and did many live shows from 1990 to 2005.

Why Book P. Susheela Through ArtiseBooking?