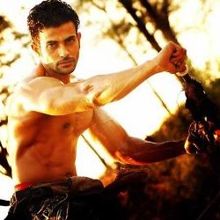 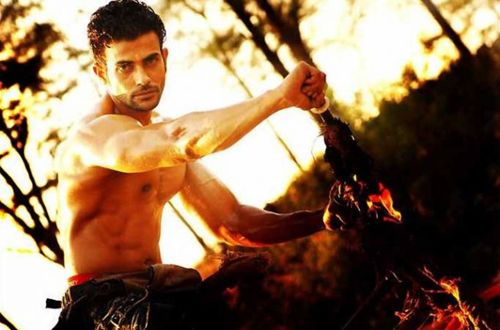 About Pankaj B Singh

Pankaj B Singh is an Indian Television Actor & Theater Producer . He is Currently Living in Mumbai ( Maharastra ) and he is Belonged from Varanasi. Pankaj started his carrier on Television From Hum Ne Li Hai Shapath airs on Life Ok as Mayank. A lot has been said about the play, ‘Kknock Kknock’ that popular actors Hasan Zaidi and Rajesh Khera recently staged. But what took us by surprise was when we got to know that actor Pankaj B Singh, who is seen on Life OK’s Shapath (Fireworks Productions), is the Director of the play who managed to pull off such a great show. We got in touch with Pankaj to know his thoughts. “Well, I have been a part of the theatre group in Delhi and have already directed four plays, but yes this was my first commercial play under my banner Stage Pplayer Theatre Productions. I am really exalted at the response. We got a four star rating from the critics, what more can one ask for.” “My writer had adapted The Sleuth for a Marathi play that I was producing. The script really impressed me and I thought why not direct it. Hasan (Zaidi) is a good friend and it was nice to work with him. And when I discussed the script with him, he really liked it and agreed to be a part of it. The tough part was to actually convince Rajesh Khera, and once it was done, we were ready to roar,” informed Pankaj. He also went on to add, “I must add that this play wouldn't have been possible without the support of Prinal Oberoi, Manhar Gadia, Videocon d2h and my team of six very talented people who have been together with me through thick and thin of my theatre journey. I really want to thank all of them.” Talking about Shapath and his future plans, the young lad quipped, “I was offered a role in the Salman Khan film Kick, but I had to let go as I am tied up with Shapath. Since the show has given me so much, I couldn’t have left it for anything. It was my first priority. Till April next year, Shapath has my complete focus, and only then I will see what next I can achieve. The show has grown manifold in terms of content and production and it’s doing well.” Coming back to Kknock Kknock, the play will be staged tomorrow (15 December) again at Rang Sharda, Bandra, Mumbai and Pankaj is looking forward to it. “I knew the play would do really well and people will enjoy it, but the type of response we have got is just mind blowing. But it has also put more responsibility upon us to do better and better in every show. I am also working on another play Barah Mashi that will open in January 2014. Right now I am enjoying this blissful period,” he averred.

Why Book Pankaj B Singh Through ArtiseBooking?