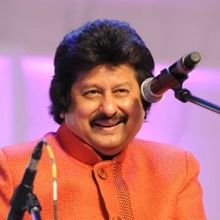 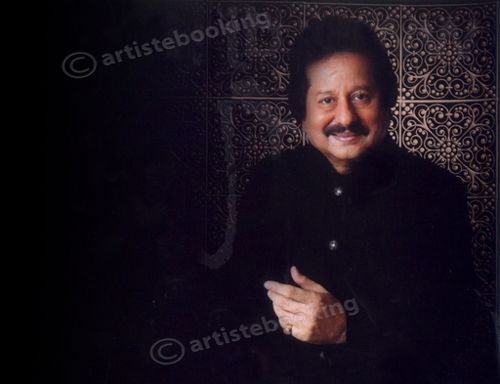 Pankaj Udhas is an Indian Singer in Indian Music Industry. He was born in ( May 17, 1951 ) Jetpur Near Rajkot, Gujarat in a Zamindars Family. Pankaj is also a singer who brings up the Ghazals Style in Music Industry. He has also performed as a playback singer for numerous films. He has recorded many albums since then and tour the world as an Accomplished Ghazal Singers. In 2006 Pankaj Udhas was awarded the Padma Shri India's fourth Highest civilian Awards. He loves to listen to Begum Akhtar & Mehndi Hasan. He likes to play golf & cricket and spend time with his family. He is also reowned Ghazals singer a Man with a Giolden Voice, The King of Hearts.

Pankaj was born in Jetpur Near Rajkot, Gujurat in a Gujurati Zamindar Family in 1951, Pankaj is the youngest from his three brothers. His Parents are Keshubhai Udhas and Jituben Udhas, and his elder brother Manhar Udhas Achieved some success as a Hindi Playback singer in Bollywood films. His second elder brother Nirmal Udhas is also a well known Ghazal Singer and was the first of the three brother. With a strong determination to pursue a successful music career, four years hence he joined the Sangeet Natya Academy in Rajkot and learnt playing tabla. Pankaj completed his studies from Sir BPTI Bhavanagar, after some time his family moved to Mumbai and he start studying in St. Xavier's College in Mumbai. In His college time he gave some singing performances.

Pankaj Udhas is married to Farida. They have two daughters, Nayaab and Reva.

After giving some performances in college time, He got a break after struggling in Industry from the movie "Kamna" in 1972, but that movie was unsuccessful in industry but his song was very much appreciated. Once Pankaj heard his brother Manhar's Urdu teacher listen to Mehndi Hasan and Begum Akhtar. He was so attarcted towards this form of music that he went on to learn Urdu to be able to grasp the depth of ghazals, After that Pankaj his destiny. After learning Urdu and gettings into ghazals for almost four year struggling in music industry, and frustrated and discouraged from all sides one day he decided and to move Canada. After few days in Canada he realize how much Indian music is in demand in that part of world. He did a few ghazal shows in local gatherings in canada and the US and amazed by the response. After gaining enthusiasm he come back to India and make in ghazals itself.

In 1980 his first Ghazals album Aahat released, Pankaj has released around 40 albums with the countless numbers of composition. In all his albums he always tried to present the manner and maintain the essence of ghazal. In 1986, Udhas received another opportunity to perform in film name as Naam which brought fame in his career, In 1990 he sang the melodious duet "Mahiya Teri Kasam" with Lata Mangeshkar for the movie Ghayal, that song achieved immense popularity. In 1994 he sang the noatble song Na Kajre Ki Dhar for the movie Mohra and continued working as a playback singer or appear on some movies such as Saajan, Yeh Dillagi, Naam and Phir Teri Kahaani Yaad Aayee.

From starting of his career till now pankaj has released over 50 albums including Ghazals and songs.

Why Book Pankaj Udhas Through ArtiseBooking?