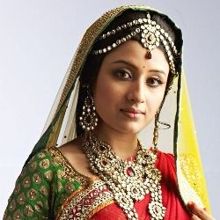 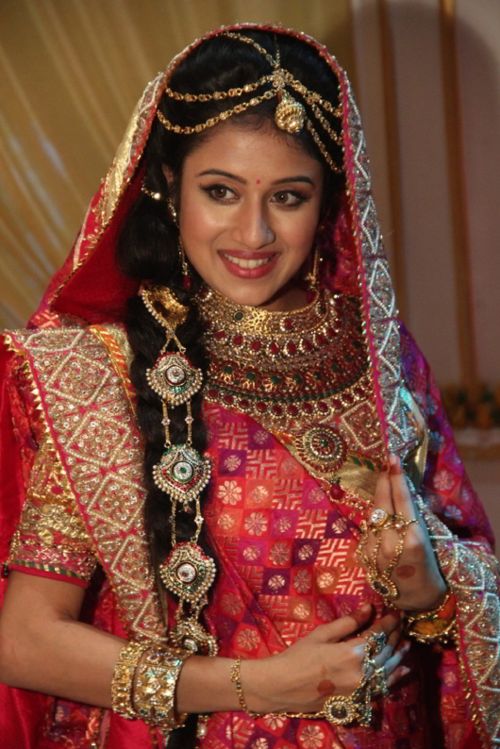 Paridhi sharma is an Indian Television actress. She was last seen in Playtime Creations show Ruk Jana Nahi on star plus as Sanchi's best friend Mehek. Before this She had played the negative lead in Tere Mere Sapne. Currently, she is playing the lead role in the popular show Jodha akbar which airs on Zee TV. This is Paridhi's first lead role till date. Paridhi Sharma hails from Indore, M.P and shifted to Mumbai two years back to pursue acting. She has completed BBA from the Prestige Institute of Management. She started her acting career as the second lead in Ruk Jaana Nahin. She is the innocent and simple person, in addition to a beautiful face. The Indore-born actress Paridhi Sharma has shifted to Mumbai two years back in order to pursue her acting career. She might have gained a foothold in Mumbai, but the actress says Indore will always hold a special place. "I miss Indore at every step of my life. The city will always remain special to me, no matter where I go. And there can be nothing better than Indori food. I miss Chappan Dukaan. Woh mera aur mere friends ka 'thiya' tha. Humnein wahan bahut maze kiye hain," Paridhi said, adding, "And I can't forget my college days spent with my friends. Do cheezein hain Indore ki jo koi kabhi nahi bhool sakta, yahan ka khana aur yahan ke log. Whenever I'm in the city I gorge on poha-jalebi to my heart's fill." Jodhaa Akbar is a sixteenth century love story about a political marriage of convenience between a Mughal emperor, Akbar, and a Rajput princess. Ekta Kapoor went through 7,000 auditions before finally selecting Paridhi for the lead role. This Jodha Akbar actress Paridhi Sharma has live up to the expectations of the audience and is doing full justice with her portrayal of Jodha. Paridhi Sharma has previously been a part of Ekta's productions but this is her first role as a lead. With a big smile on her face, Paridhi said, "Landing Jodha's role is a dream come true. To begin with, the fact that it's a lead role in an Ekta Kapoor production on a popular channel like Zee TV. She adds " I'm playing a famous historical figure in a lavish period drama". Paridhi Sharma has a brother and her parents are super excited about her show Jodha Akbar. Paridhi Sharma got married to Tanmai Saksena, an Ahmedabad-based non-industry guy, over two years. Tanmai shuttles between Mumbai and Ahmedabad to spend quality time with his wife. He even visits her on the set of the show. The real name of Jodha in Jodha Akbar is Paridhi sharma. The actress, who made her debut as supporting cast in TV show, Ruk Jaana Nahi which was aired on star plus, is now seen as a first lead role new genre with the period love-story of Mughal emperor Akbar and his Hindu wife Jodha. For Jodha, Ekta reveals, "I wanted someone who possesses the radiance and dignity of the loveliest Rajput princess Indian history's seen. I'm told Jodha was someone whose eyes conveyed humility, simplicity, courage and conviction. Paridhi embodies everything I had in mind for Jodha. When Paridhi stood there in Jodha's bridal finery and delivered some of her lines, I knew the role belonged to her."

Why Book Paridhi Sharma Through ArtiseBooking?