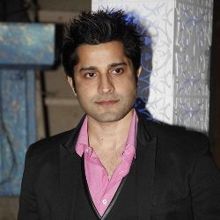 Pracheen Chauhan is an Indian Television Actor. Pracheen made his television debut with star plus Popular show Kasauti Zindagii Kay as Subroto Basu. After that he did Kuchh Jhuki Palkain, Sinndoor Tere Naam Ka & Saat Phere. He was Last seen in Maat Pitaah Ke Charnon Mein Swarg as Shubh on Colours TV.

Why Book Pracheen Chauhan Through ArtiseBooking?