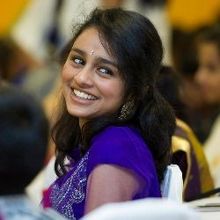 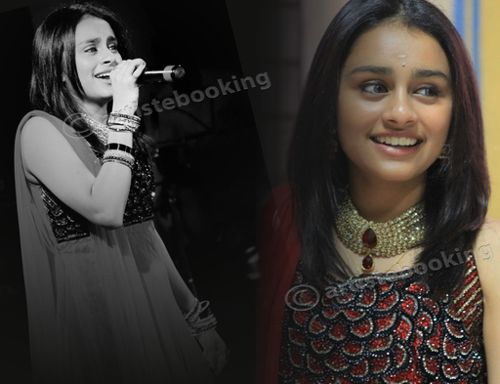 Pragathi Guruprasad (born September 14, 1997) is an Indian playback singer from United States. She was the runner-up in the third season of the reality-based singing competition Airtel Super Singer Junior. She had several years of training in Carnatic music and Western music. Her fame continues to grow after she was the runner-up in Super Singer Junior 3. She has sung for music composers such as Anirudh Ravichander and G.V. Prakash Kumar.

Pragathi lives in Fremont, California with her parents.she participated in the reality show Airtel Super Singer Junior 3. Her mother tongue is Tamil. She is well-trained in Carnatic and Hindustani vocal music; she also plays the Veena. She has won many singing competitions throughout the US, including Spandana Super Singer Junior 2010 and Carnatic Music Idol 2011

she sings at many programs at various organizations, such as the Tamil Sangams across North America, and other charity events, too. She also participates in lots of functions held across the globe,such as the Federation of Tamil Sangams of North America Convention of 2013, Kondattam held in Toronto, shows in London, etc.

Why Book Pragathi Guruprasad Through ArtiseBooking?