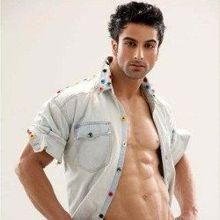 Rajbeer Singh (30 Aug, 1982) is an Indian Television Actor. Handsome hunk, Rajbeer Singh is an Indian model-turned-actor, who appears in Television. He was born on 30 August, 1982 in a Nuclear family, consisting of parents and himself. He is a fitness expert and a National level sports person. He has also garnered International fame, when he participated in a famous reality show 'Lux Perfect Bride' in 2009. Now, he will be seen as a main lead in the show Hatim on Life Ok. Rajbeer Singh has captured the opportunity in the Nikhil Sinha's new project. The show was supposed to title as 'Prince of Persia', but ended up finalizing it as 'Hatim'. Model turned actor Rajbeer Singh has been roped in to essay the role of the main lead. His dynamic personality perfectly suits for playing the character of a Prince. Rajbeer's father said, "Yes, my son has been roped as a main lead in Life OK's upcoming show". Rajbeer Singh who made his presence on small screen with the reality show Lux Perfect Bride is soon going to be seen in the upcoming fantasy show The Adventures of Hatim on Life OK. About the character he said, "I always wanted to do films and I was waiting for quite some time to get some opportunity but when I got this opportunity of playing the role of Hatim and there was no second thought on it. I am glad to bag a role of Hatim and to work under such talented people who have made a television show like Devon Ke Dev... Mahadev which is a milestone.Rajbeer is very excited about his upcoming show as he shares, "Hatim is a larger than life project and it's bigger and better than their earlier project of Devon Ke Dev. Mahadev. I feel very lucky to be finalized for such a big show and it's prestigious to be a part of it. I never compare anything in my life. I believe the hard work always makes you succeed in life. I along with my entire team are giving 100% to our new show and I am expecting it to do well."

Why Book Rajbeer Singh Through ArtiseBooking?