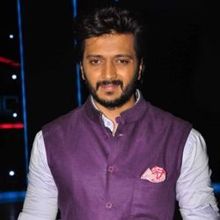 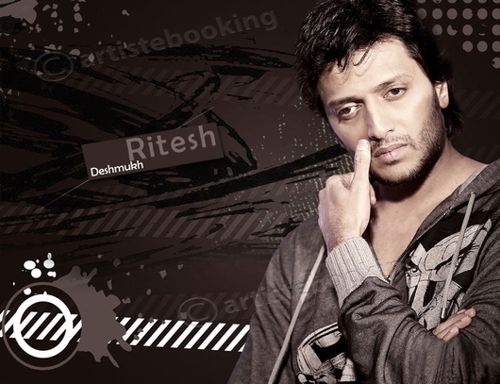 Riteish Deshmukh son of the late politician Vilasrao Deshmukh and Vaishali Deshmukh was born on 17 December 1978, in Latur, Maharashtra is an Indian architect, film actor and producer active in Indian films.. Deshmukh debuted with K. Vijaya Bhaskar's Tujhe Meri Kasam (2003) opposite Genelia D'Souza, but it was not until 2004 that he achieved some success, when he appeared in the commercially successful comedy Masti and the critically acclaimed Bardaasht. His work in Masti was nominated for several awards, including the Filmfare Award for Best Supporting Actor category. He is commonly noticed in cameo or guest appearances in movies such as Namastey London, Kal Kissne Dekha and recently Himmatwala. Besides acting, Riteish owns the 'Veer Marathi' Celebrity Cricket League and is the team's captain. Bollywood actors Mahesh Manjrekar and Shreyas Talpade are part of the team. In January 2013, Ritesh made his debut as an film producer with the Marathi success Balak Palak, directed by Ravi Jhadhav.

Why Book Riteish Deshmukh Through ArtiseBooking?