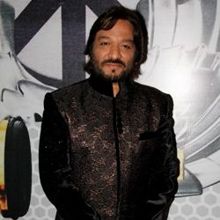 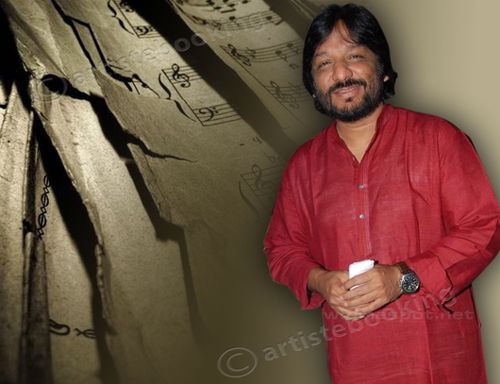 Roop Kumar Rathod is an Indian Playback, Music Director and Ghazal Singer. Roop is basically belonged to Rajasthan, Sirohi in India. He is India's finest Ghazal and Playback Singer.

Roop kumar Rathod is the fourth son of the Late Pandit Chaturbhuj Rathod, The classical Luminary - an Exponent of the rare and Arguably the oldest style of sining i.e. Dhrupad. He belonged to The Aditya Gharana of Jamnagar. He is famous throuhout Bollywood as an Excellent playback singer, Music Director having also perfromed extensively with Anup Jalhota as a percussionist. Roop Kumar has two brother music composer Shravan Rathod and Singer Vinod Rathod. He married to sunali Rathod.

Roop Kumar was initiated into the world of music in his very early years. His journey began as a tabla player and he went on to become one of the most sought after tablists by almost all the ghazal singers in the 80's. His first playback song was begin in the year 1989 with the song Main Tera Aashiq Hoon. The song Sandese Aate Hai from the movie Border become one of the major breakthrough of Roop Kumar Career, which make him well known in music industry and his song become a anthem of the nation.

After become famous in music industry he lent his voice to a number of song in Gujarati, Hindi, Tamil, Telugu, Bengali, Oriya, Assamese, Nepali and Bhojpuri films. He also performed in Live concerts and he traveled all over the world and performed in many concerts in National and International. He has collaborated with Trilok Gurtu for a fusion based album, ‘Beat Of Love’, released in December 2001 and a jazz based album, ‘Broken Rhythms’, released in October 2004. In August 2005, the popular comedy serial Sarabhai vs. Sarabhai featured Roop Kumar and Sunali Rathod in one of their episodes that showcased a friendly musical contest. Roop Kumar, along with wife Sunali, added another feather to his cap by together winning the coveted title of ‘Ustaad Jodi’ on ‘Mission Ustaad’, a much acclaimed musical television reality show aired in February 2008, that aimed to create awareness about social causes. He recently released a sufi album along with Sunali Rathod called Kalmaa.