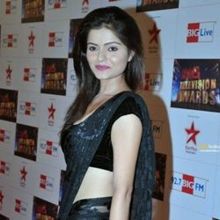 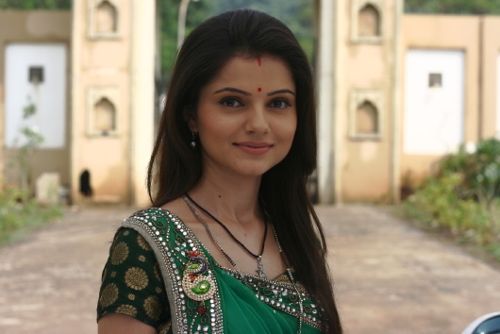 Rubina Dilaik is an Indian actress. She played Radhika, the main character in the TV series Choti Bahu, and was playing the same role in its sequel Choti Bahu 2. She had also participated and won two local beauty pageants and also participated in Nachle Ve with Saroj Khan. She is currently playing the role of Sita in the Life OK's mythological show Devon Ke Dev...Mahadev and the role of Jeannie in Jeannie Aur Juju. Rubina was born on August 26, 1987 in Shimla, Himachal Pradesh, India. She was educated at Shimla Public School and St. Bedes, Shimla. She has participated and won two local beauty pageants and was crowned Miss Shimla in 2006. Besides actively taking part in beauty contests, Rubina was a national level champion in debate during her school days. Rubina started her career in Zee TV's Choti Bahu. Dilaik has gained a lot of appreciation for her role. As she was yet to complete her education her parents were not keen that she accept the role. But Rubina pleased both her parents as well as herself. She continued to study via correspondence course and played the role. She also participated in Nachle Ve with Saroj Khan and Terence Lewis. She was portraying the character of Simran "Smiley" Gill in the show Saas Bina Sasural aired on Sony Entertainment Channel. She played the role of Divya in Punar Vivah - Ek Nayi Umeed.

Why Book Rubina Dilaik Through ArtiseBooking?