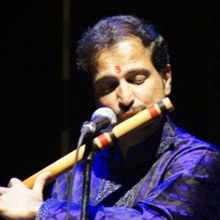 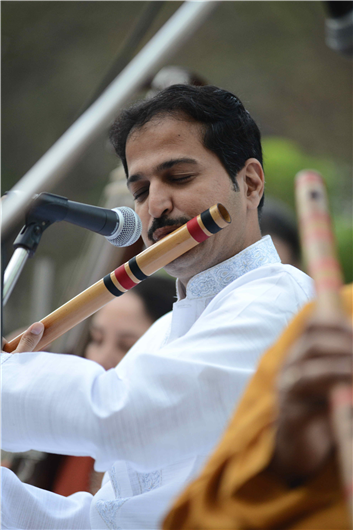 Pt. Rupak Kulkarni is an India's Finest Flute Player. He is the student of Maestro Pandit Hariparsad Chaurasia. Rupak has proved to us the sensuality of Krishna's Instrument. He create a brand new flavor with his Unique Sensuality and creativity.

As a child prodigy with music blown into his breath by his father Late. Pt. Malhar Rao Kulkarni, Rupak has blossomed under the finest tutelage of flute legend Padma Vibhushan Pt. Hariprasad Chaurasia to become an outstanding exponent of Maihar Gharana. At the age of 11 he performed at All India Radio.

Rupak with arduous training and hard work has mastered Dhrupad, Khayal and Tantrakari styles equally well. His recital is always a rare treat combining Dhrupad and Khayal Gayaki, melodious Aalap and scintillating Tatkar (Tonguing technique used for Jhala) innovative improvisation with mesmerising Layakari, superb breath control and dexterous finger work. No wonder his concerts are loved and lauded not only by common music lovers but even by connoisseurs and music maestros such as Pt. RAVISHANKAR and Pt. BHIMSEN JOSHI.

His first music album was at the age of 18, aptly titled TENDERLY, accompanied by Tabla maestro Pt. Anindo Chatterji. Since then Rupak has released his albums through all top ranking music companies like Times Music, HMV, Navras, Plus Music, Rhythm House, Ninaad, ABCL’s Big B, Sense World (London), WorldWideRecords etc.

Why Book Rupak Kulkarni Through ArtiseBooking?