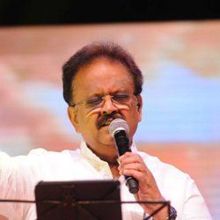 Sripathi Panditaradhyula Balasubrahmanyam is an Indian playback singer, actor, music director, voice actor and film producer. He is sometimes referred to as S. P. B. or Balu. He won the National Film Award for Best Male Playback Singer six times and the Nandi Awards 25 times from Government of Andhra Pradesh.