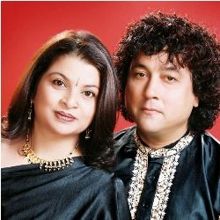 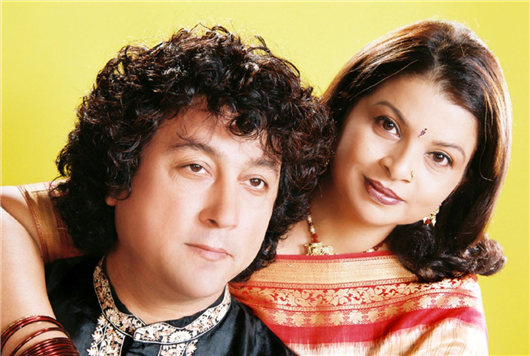 Masoom Thakur, a renowned singer and musician, learnt music under the tutelage of Ustad Sabri Khan Sahibji. For many years following Guru-Shisya Parampara, Masoom performed along with the Ustad sahib. From the year 1982, he started doing solo shows. He has performed in number of places in India and abroad with the audience being very appreciative of his performance. He has also done music composition for number of teleserials. In the year 1994 Masoom composed music and sang for serial called Awaz Nai –Andaz Wahi. Then he made music for another teleserial called ‘Ga Mere Man Ga’ In the year 1999 he ventured into music direction and composed music for a serial ‘Papa’.Renowned Ghazal singer Shri Jagjeet Singh sang the title song of the serial. Besides he also gave music for feature film by the name of Chetna. Noted singers such as Mahendra Kapoor, Shabbir Kumar and Anupama Deshpande did the playback singing in the movie. In addition to all this he has released scores of audio albums. Spiritually inclined he has done Bhajan cassettes like Sai Sharanam,Pooja Ke Phool and Paar. Besides he has released Ghazal albums under the name of Dil Diwana and Silsile Yadoon Ka. In November 2006 he came out with his audio/video cassette "Diwani Kar Dini". Released by Kuber group, this romantic sufi album comprises of eight mellifluous songs and has proved to be a major hit. Further Masoom remains in great demand and keeps getting invites for live performances from all across the country.So from time to time depending upon the availability he does live performances too. Living presently in peaceful environs of Sushant Lok, Gurgoan, this simple but dedicated person intends to pursue his sadhna with greater energy and viguor. Wife of Masoom, Sada is a singer in her own way. Bestowed with an excellent voice, this versastile singer, is adept in singing any form of Music be it classical, Ghazal, Punjabi or any peppy film based song. This holder of Sangeet Visharath and Sangeet Prabhakar from Prayag Sangeet Samiti like her husband has also learnt music under the tutelage of Ustad Sabari Khan. She is a good music composer and even in the Diwani Kar Dini cassette besides singing, she has composed music for few songs too. She along with Masoom has performed in different parts of the country and the world.The two are perfect combination with each acting as complementary to other. She is soon coming out with her solo cassette based on Kabir and Rahim’s Doha’s. She lays lot of stress on Rayas and feels honest and sincere hardwork are the only key to success.