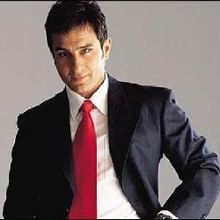 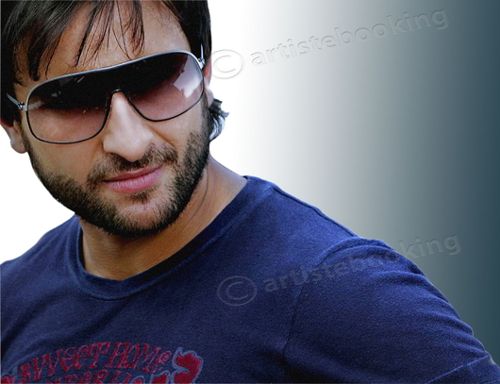 Saif Ali Khan was born as Sajid Ali Khan [ August 16, 1970] is an Indian actor known for his work in Bollywood films. He is the son of the cricket player and last titular Nawab of Pataudi, Mansoor Ali Khan, and actress Sharmila Tagore, a great-grandniece of poet Rabindranath Tagore.Having made his acting debut in 1992 with Yash Chopra's Parampara, Khan had his first success with the 1994 films Main Khiladi Tu Anari and Yeh Dillagi. After going through several years of decline throughout the 1990s, he rose into prominence with his performance in Farhan Akhtar's Dil Chahta Hai (2001), which marked his professional turning point. His work in Kal Ho Naa Ho (2003) won him the Filmfare Award for Best Supporting Actor, and he was awarded the National Film Award for Best Actor for his performance in Hum Tum (2004). Khan subsequently had further mainstream success with films like Salaam Namaste (2005) and Race (2008) and starred in critically acclaimed projects such as Parineeta (2005), Being Cyrus and Omkara (2006) In 2009, Khan branched out into film production with his company Illuminati Films' first film Love Aaj Kal, which became a box-office success. These accomplishments have established him as one of the leading actors of Hindi cinema. He was awarded the Padma Shri by the government of India in 2010. Khan was married to actress Amrita Singh from 1991 to 2004, having two children together. In 2012, he married actress Kareena Kapoor on Oct 16, 2012 after a five-year relationship. His acting career, more or less, went through a relative slump until 2001, when he was cast in Farhan Akhtar's National Film Award-winning Dil Chahta Hai, co-starring Aamir Khan and Akshaye Khanna. In early 2004, Khan was approached by Sriram Raghavan to star as the globe-trotting bachelor, Karan Singh Rathod, in his directorial debut, Ek Hasina Thi. The film tells the story of a young woman (played by Urmila Matondkar) who meets with Khan's .