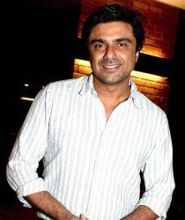 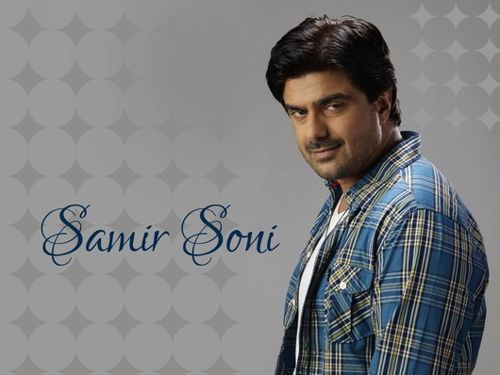 Samir Soni (born September 29, 1968) is an Indian film and television actor and a former model. Soni made his acting debut with a television serial Samandar in 1995. He acted in numerous television serials and moved to Bollywood in 1998, starring as one of the eleven protagonists in China Gate (1998). He played lead roles in the films Basti (2003) and Kahan Ho Tum (2003) and supporting roles in Baghban (2003), Vivah (2006), Fashion (2008) and I Hate Luv Storys (2010). Soni's television serials include Jassi Jaissi Koi Nahin (2003), Saaksshi (2004) and Parichay (2011). He was also featured as a participant in the fourth season of Bigg Boss in 2010. Soni is currently playing the lead role in Ekta Kapoor's Indian soap opera Parichay - Nayee Zindagi Kay Sapno Ka on Colors TV, which earned him the Indian Telly Award for Best Actor, Boroplus Gold Award for Best Actor (Jury), ITA Award for Best Actor - Drama (Popular) and others in 2012. Biography:- Soni was born to a Hindu family in Delhi and attended school at St. Xavier's School, Delhi. He graduated from the University of California, Los Angeles in Economics. Prior to his Bollywood career, Samir was an investment banker in New York, before coming back to India to start modeling. He has attended acting courses in New York and Los Angeles. Personal life:- Through modeling, he met Rajlakshmi Khanvilkar. The two were married for six months before they divorced. On 24 January 2011, he married former actress Neelam Kothari. Television (1995–present):- Soni made his acting debut in the 1995 Hindi serial Samandar based on Navy officers. Later that year, he appeared as Ashok Mathur in Doordarshan's A Mouthful Of Sky, based on Ashok Banker's script and directed by Mahesh Bhatt. Soni later appeared in the TV shows Jassi Jaissi Koi Nahin and Saakkshi, with both airing on Sony. and the TV show Kumkum on STAR Plus, portraying the Yash Thakur. In 2010, Samir Soni was featured as one of the contestants in the season 4 of reality television show Bigg Boss. He was evicted from the house a week prior to the grand finale. In 2011, Soni earned his first lead role in TV serial Parichay on Colors TV, portraying the protagonist, lawyer Kunal Chopra. He has won several awards for that portrayal including the Indian Telly Award for Best Actor. Movies-(1998-Present):- After Working in Television, Soni made his film debut as a lead actor opposite Mamta Kulkarni in China Gate (1998), though it was followed by forgettable cameos in Films. In 2003, Samir Shot to fame by appearing in the film Baghban. He then played his first solo lead roles in Basti and Kahan Ho Tum. Samir continued his movie career with supporting roles in movies including Vivah, Fashion and I Hate Luv Storys.

Why Book Sameer Soni Through ArtiseBooking?