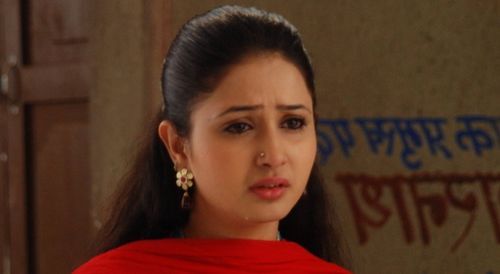 Sana Amin Sheikh (born August 10) is an Indian actress and radio jockey. She is best known for her lead role as Ritu Shah on the Disney Channel India Original Series, Kya Mast Hai Life, as Suman in Jeet Jayenge Hum, and as Reet in Mera Naam Karegi Roshan. She works as a radio jockey on the show Khubsurut Sana Ke Sath on Radio Mirchi 98.3 FM. Sana Amin Sheikh was born into a Muslim family on 10 August in Mumbai, India. Sana resides in Mumbai. She speaks Urdu, English, Hindi, Gujarati and Marathi. Sana graduated high school from St. Joseph's Convent, Bandra, Mumbai, class of 2001 and college from RD National College, Bandra, Mumbai in 2005. Sana is working as an RJ on Radio Mirchi 98.3 FM (It's Hot!) since August 2004 to present. Whilst listening to Mirchi one day in class, Sana heard an RJ inviting listeners to audition to be a radio jockey. She quickly jumped off her desk, ran to the studios and, after a successful audition, was immediately asked to join the station as an RJ. This chirpy RJ used to host the show "Khoobsorat Sana" but now hosts "TRP - Television Radio Par" (3pm to 6pm on Sundays). Her warmth and ability to connect with celebrities and listeners alike has made her extremely popular and a celebrity in her own way. Sana's passion and interest in acting has been there since childhood; her hardwork in this field has made her a successful actress today, who is loved by many from children to grandparents. She began acting as a child artist and played the role of young Savi in Hasratein on Zee TV. Sana emerged again in April 2009 and gained fame for playing Ritu Shah on the Disney Channel India Original Series, Kya Mast Hai Life. She then played the role of Suman as the lead actress in the television serial Jeet Jayenge Hum which was aired on Sony Entertainment Television(India). Another drama series she took part in, once again being the lead actress, was Zee television's Mera Naam Karegi Roshan, as Reet. She has been a part of the famous Star Plus drama Mann Kee Awaaz Pratigya performing the role of Ganga. Recently she was seen playing a negative role in Colours' Sasural Simar Ka as Naina. Sana has won the hearts of many. She made her Bollywood debut in Rohit Shetty's Singham.

Why Book Sana Sheikh Through ArtiseBooking?