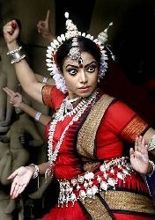 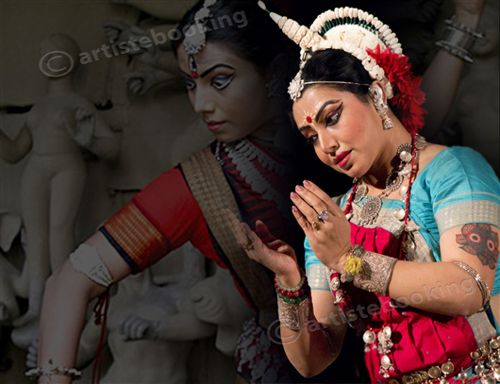 Awarded “The Cultural Ambassador of India” ” by Senator John G Pappageorge, USA , and acclaimed for her cultural sharing by Senator Wayne Allard (USA), Guru Sanchita Bhattacharya has been and continues to take Odissi Dance to stratospheric heights, on a global scale. Aptly has the Edmonton Journal 4th June 2004 (Canada) endorsed‘----she has become an ambassador of Odissi dance around the world.” The essence of Odissi dancing lies not only in the sculptured postures, the intricacies of body movement and foot work and lyrical grace, but in the depiction of a higher spirituality making it a soul stirring experience. Sanchita Bhattacharya’s ability to mesmerize the audience into a higher spiritual trance yet enhancing finesse and subtlety too, makes her repertoire probably one of the most breathtaking and unparalleled, a truly world class experience for the audience. She makes them smile and cry with her. Aptly has the The New York Times remarked “….her dance has been described as perfection”(4th April 02 Woodstock), and The Jagannath Temple Puri( where Odissi originated) awarded her the titled “Shree Kshetra Mahari” (Devadasi) in 2005. Sanchita has wooed the audience from Madison Sq Garden (in NY ,probably the only Indian classical dancer, soloist, to perform at this most prestigious and one of the largest auditoriums in the world),to Arcosanti Arizona, to Esplanade Theater (Singapore), to the World culture concert (at Hull by UK govt ), to Provincial Museum Alberta( Canada), to duet with Tap and Flamingo (Toledo- Spain) to Sankat Mochan Festival (Varanasi India), to Opening Ceremony of ISCKON temple Delhi graced by then PM Shri Atal Behari Vajpayee to the prestigious Dover Lane Festival Kolkata and many many more.

Why Book Sanchita Bhattacharya Through ArtiseBooking?