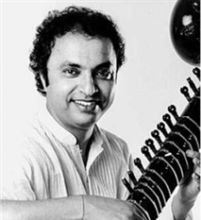 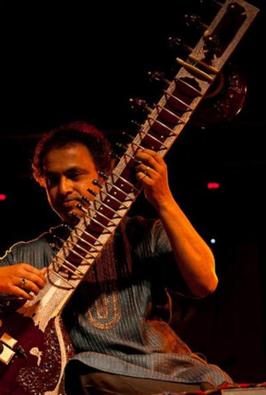 Shubhendra Rao was born on November 26, 1964 in Mysore city in the state of Karnataka in Southern India. From a very young age, Shubhendra showed great talent for music. His father, the late N R Rama Rao (who was one of the earliest and closest disciples of Pandit Ravi Shankar), initiated him into the intricacies of the sitar. His mother, Nagaratna, is a trained Saraswati Veena player. Growing up in a house where there was music all the time, it was natural for him to pick up an instrument. Shubhendra's parents always told him, that even before he could talk, he could sing musical notes.

Shubhendra recalls one of his earliest memories when he was about three and a half: My father's guru Pandit Ravi Shankar (who was to later become my own guru) came to our house along with his son, Shubhendra Shankar (after whom I was named) and Ustad Alla Rakha. I could play the sitar by keeping it on the floor since I was too small to be able to lift it up and hold it as it is normally held. Seeing and hearing what I could play, Guruji was astounded and held up the sitar to its correct stance for me, saying that I should now start playing the sitar holding it in its proper position. The great master would always ensure to check my progress every year he visited Bangalore until I was seven years, when he finally started teaching me directly. My first lesson from him was when he came to Mysore to perform. I still remember the Raga Bhairav that he taught me that day. It remains one of the greatest days in my life to have received guidance from the maestro himself, and that too from the very outset.

Why Book Shubhendra Rao Through ArtiseBooking?