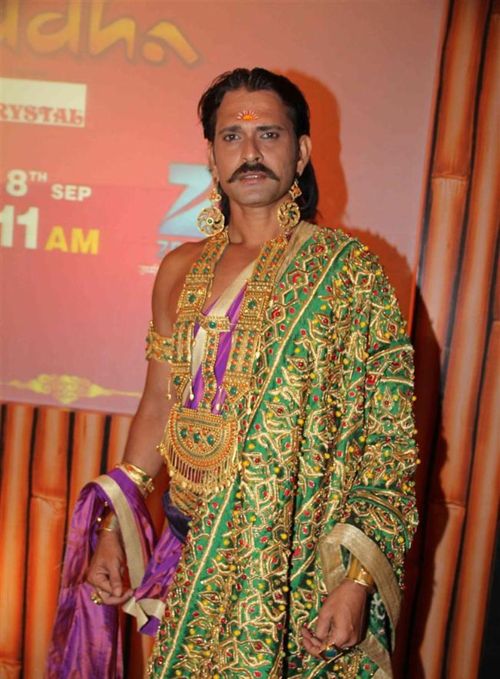 Siddharth Vasudev is a Television Actor. Siddharth Vasudev was seen playing the grey shaded character of Ranveer in Kasamh Se. Siddharth Vasudev has played the role in shows like Ek Veer Stree ki Kahaani Jhansi Ki Rani,Shobha Somnath Ki. The actor was recently seen in a negative role in Life OK's Amrit Manthan. Now he has been roped for a color Tv show Madhubala Ek Ishq Ek Junoon to play the Bhujang Shastri. The actor, who hails from Kashmir, He has grown up admiring army personnel. Vasudev has been a part of shows like 'Kasamh Se' and "Palampur Express" and is known for playing characters with grey shades. Colors' Madhubala Ek Ishq Ek Junoon, produced by Nautanki Telefilms will see the entry of a major antagonist in talented actor Siddharth Vasudev. Siddharth essays the character of Bhujang Shastri who will be a major opponent of Sultan (Avinesh Rekhi). While Sultan has a softer side to his character, Bhujang is ruthless and cruel. He has the ambition of making huge money and can do anything for it. Siddharth vasudev and Reshmi Ghosh who is popularly known as Bhoomi in Kyunki Saas Bhi Kabhi Bahu Thi, The lovely couple met on the sets of Shobha Somnath Ki (they both were a part of the project), and fell head over heels in love with each other and decided to hold each others hand the rest of their lives. The couple will have a traditional Bengali wedding. Siddharth Vasudev is getting married to Reshmi Ghosh in Kolkata on Feb 1,2013. Siddharth Vasudev has tied the knot with actress Reshmi Ghosh in Kolkata on 1 Feb ,2013. Siddharth Vasudev has played the pivotal role of Rudrakash Singh, a very rich and a powerful man in Life ok's show amrit manthan. Siddharth vasudev has played the role of Samar Singh in jhansi ki rani, An Indian historical drama based on the life of Lakshmi Bai, the Rani of Jhansi which was aired on Zee TV.

Why Book Siddharth Vasudev Through ArtiseBooking?