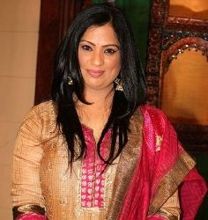 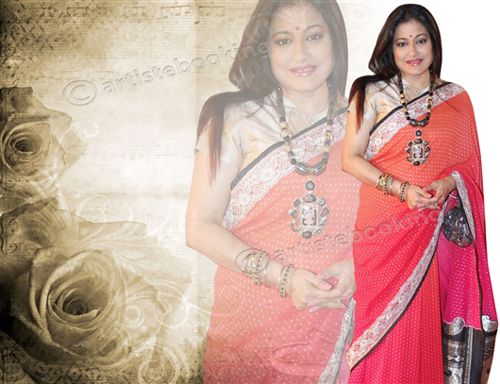 Sunali Rathod is an Indian Playback and Ghazal Singer. She was born on 17 January in Mumbai, Maharastra, India. She is also a trained classical singer.

Sunali Rathor was born in ( 17 January ) Mumbai, Maharastra, India. She studied in St Xavier's College, Mumbai. She started to perfor at the age of 10 under the guidance of Gujarati Music Composer Shri Purshottan Upadyay. She also the learnt the intricacies of Indian classical music under Ustaad Faiyyaz, Niyaz Ahmed Khan, Ustad Mashkoor and Mubarak Ali Khan of the Kirana school of music. She sings in many languages like Hindi, Gujarati, Marathi, Bengali, English, Telugu etc.

At the age of 18 she released her first album EP record of Gujarati song with HMV. In 1987 She released her first Ghazal album Aghaaz. She also won the Best Ghazal singer awards in 1987 by Emirates International in Dubai. She can sing in many types of music like Ghazal, Bhajan, Kheyal, Tappa and Light music.

On 15 August 2005 Sunali Rathod and Roop Kumar Rathod gave a guest appearances in sitcom set called Sarabhai vs Sarabhai one of the best Indian comedy show which was aired on channel STAR One in India. She along with her husband Roop Kumar Rathod participated in Mission Ustaad, an Indian musical reality show and were crowned with the “Ustaad Jodi’ title which was held on February 23, 2008. Sunali Rathod also performed in a unique webcert called “She is a Winner” celebrating Women's day in 2011 alongside artists like Hema Sardesai, Kuhoo Gupta, Sunita Rao, Shibani Kashyap and many more.

She recently released a sufi album along with Roop Kumar Rathod called Kalmaa.

Sunali Rathod and Roop Kumar Rathod participated in Mission Ustaad, an Indian musical reality show, which also crowned them as the “Ustaad Jodi”. They also gave a guest appearance in an Indian Comedy TV serial called Sarabhai vs Sarabhai.

Why Book Sonali Rathod Through ArtiseBooking?