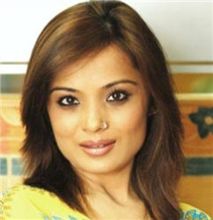 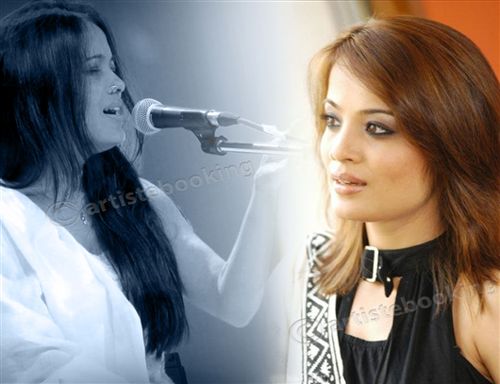 Sowmya Raoh (born 18 April) is an Indian playback singer who has performed in Kannada, Tamil, Hindi and Telugu languages.Sowmya Raoh has sung for well-known music directors such as Shankar Ehsaan Loy, ARRahman, Sandeep Chowta, Sajid-Wajid, Vishal-Shekar, Pritam, Anu Mallik n more in Hindi. For Ilayaraja, Deva, Vidyasagar, Hamsalekha, Harris Jeyaraj etc in the South.Sowmya was born in a Kannada speaking family to veteran singer B. K. Sumitra and Sudhakar in Bangalore, Karnataka, India.Sowmya has a brother named Sunil Raoh, who is an actor in the Kannada film industry. Her mother was popular playback and devotional singer in Kannada. As a child, Sowmya would accompany her mother to the studios for recording. She then slowly graduated to become a child singer. Sowmya's father worked in Reserve Bank of India.

Sowmya hails from Bangalore and is the daughter of reputed playback, folk and devotional singer BK Sumitra and Sudhakar. As she puts it, singing was in her genes and at a young age of 7, Raoh began to sing on stage.Her playback career began while she was in Bangalore in 1993 following which she sang for films in Kannada, Telugu & Tamil. She has sung for the Telugu version of MAST, the Tamil version of RUN, KHUSHI and so forth.

The title of the ""Hottest Singer"" was bestowed on Raoh after the Telugu hit ""Greekuveerudu"" from the film ""Ninna Pelladata"" starring Tabu & Nagarjuna. The track ran for 20 consecutive weeks in the box office charts at No.1.

However, Raoh wanted to take up the challenge of singing for Bollywood and so she decided to move to Mumbai. Credited with almost 200 songs down South, Raohh has sung for well-known music directors, such as A R Rahman, Ilayaraja, Deva, Vidyasagar, Hamsalekha and Harris Jeyaraj in the South.

Sowmya Raohh has also won the STARDUST AWARD in 2003 as the Best New Singer for ""Laila Laila"" from SAMAY.As a performer, Raoh has the capacity of mesmerizing her audience. Her range and versatility give her the ability to perform and render songs of any genre, from soft ballads to hardcore mass appeal Bollywood songs.Sowmya Raoh has had the privilege of singing in Sonu Nigam concerts for more than 3 years. She has performed all over India, and also in more than 30 countries in America, Australia, Europe, Africa and Asia.

Why Book Sowmya Raoh Through ArtiseBooking?