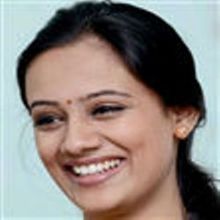 Spruha was born on 13 October 1989 in Mumbai, Maharashtra. She is known for her role in the critically acclaimed Marathi film Morya. Joshi started out by working in plays from her school and college days. As a child artist, while still studying in 7th standard, she appeared on the TV show De Dhamaal that aired on Alpha Marathi (now called Zee Marathi). Her television career as child artist followed several shows such as Ek Ha Asa Dhaga Sukhacha, Abhaamaya, Bombay Lawyers and Satyamev Jayte