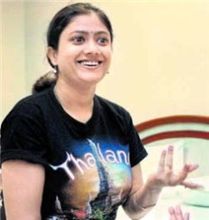 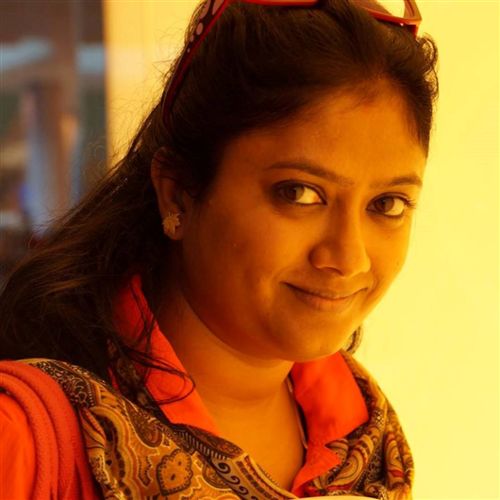 Srilekha Parthasarathy (Tamil,Telugu,Malayalam) is a Tamil singer who is commonly referred to by her first name Srilekha. She has a versatile voice, and has experienced an impressive success in other genres of music as well, including ghazals.

Srilekha began her professional career in 2000, when she sang the scintilating Jingle for the “Idhayam Oil” advertisement, which was piturised on “Jothika”. She describes the jingle as her ticket into the Tamil music industry

Srilekha was born and brought up in Delhi. She completed her schooling from DTEA senior Secondary School, New Delhi. Being South Indian by birth, she learnt both North Indian and South Indian languages and music, as well as Western music. At the age of four, she won the first prize in the annual All India Children’s Music Competition in New Delhi.

Her popularity increased with many other hits, such as ""Poo Mugam Siricha"" for the movie Junction, ""Kaadhalaagi"" with S.P. Balasubramaniam in Pop Carn, ""Don’t worry be Happy"" for the movie Whistle, and ""Sutthi Sutthi Varuven"" for the movie Sena. She feels the duet with S.P. Balasubrahmanyam, ‘Kadhalagi kanindhadhu...’, for the movie Pop Corn has been her most challenging song.She has done more than 200 live shows in India and other countries, including Singapore, USA, Canada, Kuwait and Colombo. She actively participates in live shows for corporate companies, such as Hyundai, Aircel, Touchtel, Airtel, Samsung, Bpl Mobiles, TVS group and Cognizant Technology Solutions. She is one of the judges in Star Vijay TV's ""Super Singer"" series.

She also has a fan club ""No One Noticed Srilekha"" in Portland, Oregon, USA, the first for a Tamil singer in Oregon. She has a huge fan base all over the world.

Why Book Srilekha Parthasarathy Through ArtiseBooking?