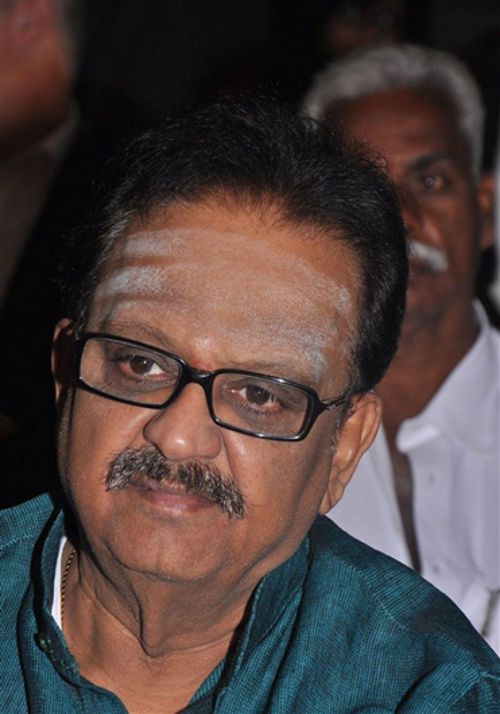 Sripathi Panditharadhyula Balasubrahmanyam Charan, popularly known as S. P. B. Charan is an Indian film actor, producer and a playback singer from Andhra Pradesh, who works primarily in the Tamil film industry.

Son of popular Indian singer S. P. Balasubrahmanyam, he first worked as a playback singer in the Tamil and Telugu film industries. He has turned actor with the 2000 Kannada film Hudugigagi and is probably best known for his performance in the 2008 film, Saroja.[2] He established a film production company called Capitalz Film Works, and produced several Tamil films, including the cult hit Chennai 600028 in 2007

Charan began working as a playback singer in 1997 with ""Deepangal pesum"" from Devathai under Ilaiyaraaja's direction. Of being the son of an icon, he stated; ""my voice sounds so much like appa, people might not want to use a similar voice. When SPB himself is rocking, why would composers need his clone?He has sung for composers, A. R. Rahman and Devi Sri Prasad. Charan's most popular songs include ""Nagila Nagila"" from Alaipayuthey, ""Mellaga"" from Varsham, ""Nenu Nenuga Lene"" from Manmadhudu, ""I Love you Shailaja"" from Mazhai, ""Please Sir"" from Boys,""Maaja Maaja"" from Jillunu oru Kadhal, ""Oru Nanban Irundhal"" from Enakku 20 Unakku 18, ""O Shanti"" from Varanam Ayiram, ""Nee Naan"" from Mankatha. In 2010, he recorded a song on the Kadhal 2 Kalyanam soundtrack for Yuvan Shankar Raja. He recorded with his father for the first time in Tamil for GV Prakash.