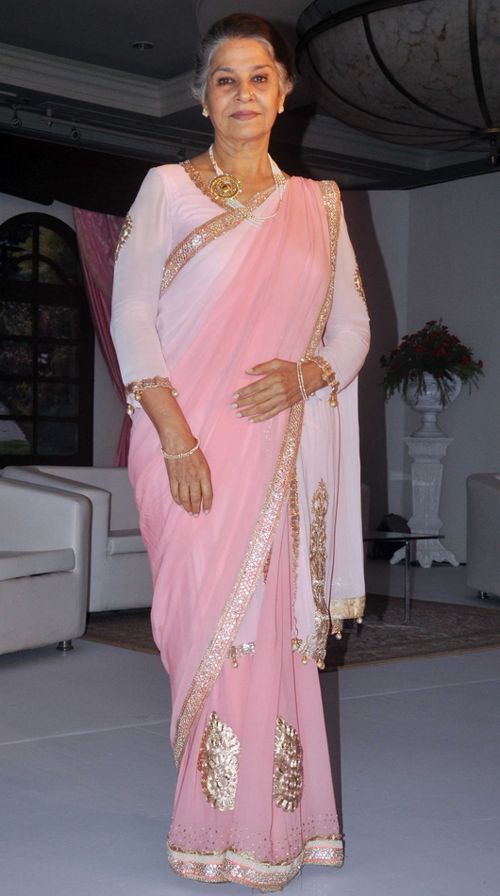 Suhasini Mulay is an Indian actress in Bollywood and Marathi films as well as television. She won National Film Award for Best Supporting Actress in 1999, for her performance in Gulzar's film Hu Tu Tu. Suhasini was born in Patna where she spent the early part of her childhood. She lost her father when she was only three and was brought up by her mother, Vijaya Mulay. She was attracted toward films because of her. In 1965 she was chosen by Pears Soap to be its model. It was this ad film which caught Mrinal Sen's attention and he signed her for Bhuvan Shome (1969). Though Bhuvan Shome proved to be a milestone in Indian cinema, Suhasini did not pursue acting as a career. Instead she enrolled at the prestigious McGill University in Montreal, Canada for a course in agricultural technology with specialization in soil chemistry and microbiology. She also obtained a degree in mass communication, and majored in film, radio, TV, journalism and print from the same university. Suhasini returned to India in 1975 and worked as an assistant to Satyajit Ray in the Bengali film Jana Aranya. Later she joined Mrinal Sen as an assistant director in Mrigaya. Since then, she has been actively producing films and has made over 60 documentaries. She achieved national awards for four of them. Almost 30 years after Bhuvan Shome, she made a great comeback to mainstream Bollywood cinema, through Gulzar's Hu Tu Tu for which she received another national award as the best supporting actress. She has been playing mother roles in Bollywood since then. She had worked in Jaane Kya Baat Hui, a television serial. Suhasini Mulay is used to living alone. She had some long live-in relationship that ended in 1990. On January 16, 2011 she got married at Arya Samaj to a physicist, Prof. Atul Gurtu.

Why Book Suhasini Mulay Through ArtiseBooking?