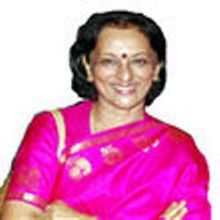 During Uma's engagement with Ramanan's stage shows, noted producer — cameraman, Janakiraman offered both of them a duet in his 1976 released Hindi film Play Boy. The same pair got an offer to sing for the Tamil film Shri Krishna Leela in 1977 directed by A. P. Nagarajan and one of the last assignments of composer S. V. Venkatraman. In 1980, she sang for the A. V. Ramanan composed film Neerottam. However, it was "Poongathave Thaal Thirava" song for the film Nizhalgal released in the same year and composed by Maestro Ilayaraja that brought her to the front running singers list. It gave her a big career break and she went on to record more than 100 songs with Ilayaraja alone. She has also sung for other music directors namely Vidyasagar, Deva and Mani Sharma.

Why Book Uma Ramanan Through ArtiseBooking?