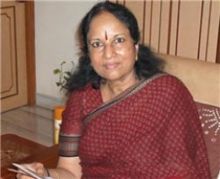 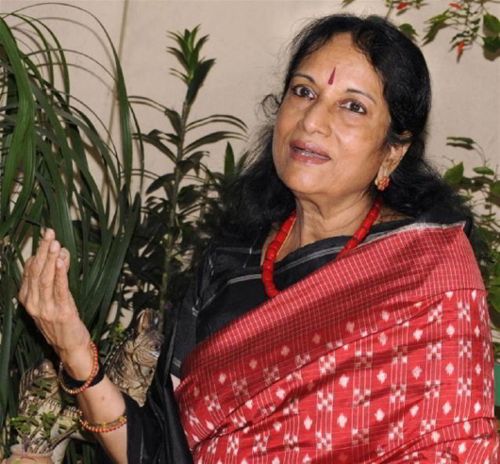 She has recorded more than 8,000 film songs in 14 different languages including Tamil, Telugu, Malayalam, Kannada, Marathi, Oriya, Gujarati and Hindi.Vani Jayaram was born in Vellore in Tamil Nadu, in a Tamil Brahmin family of musicians. Her mother Padmavathi is the disciple of Ranga Ramunaja Iyengar, a great veena exponent. Kadaloor Sreenivasa Iyengar, who taught Vani’s sister music, was fascinated by her observation and grasping power. He taught her a few Dikshitar kritis when she was hardly five. The fifth daughter in a family of six daughters and three sons, Vani always secretly yearned for a career in film playback singing. Considered to be a child prodigy, Vani Jayaram claims to have recognized the different ragas of Indian classical music before the age of five. Her voice was first heard on All India Radio, Madras, at the age of eight.Vani Jayaram studied Carnatic music under the tutelage of Cuddalore Srinivasa Iyengar, T. R. Balasubramanian and R. S. Mani. Her Hindustani classical music guru was Ustad Abdul Rahman Khan.

After her marriage to Jayaram she settled in Bombay, where she realized her dream.

In 1971, she realized her childhood ambition of becoming a playback singer when Hindi film music director Vasant Desai chose her voice for the Hindi feature film Guddi. She recorded three songs for Guddi, and ""Bol Re Papi Hara,"" a song based on the Hindustani raga ""Miyan Malhar"", instantly made her an household name in India. For that song she was awarded the Tansen Samman (for best classical-based song in a Hindi film), the Lions International Best Promising Singer award, the All India Cinegoers Association award, and the All India Film-goers Association award for the Best Playback Singer in 1971. She went on to sing a few songs each for music directors of Hindi cinema, including Chitragupt, Naushad (a classical song in Pakeezah and a duet with Asha Bhosle in Aaina), Madan Mohan (a duet with Kishore Kumar in the film Ek Mutthi Aasmaan), O.P. Nayyar (several songs from the film Khoon Ka Badla Khoon including duets with Mohammed Rafi and also with Uttara Kelkar and Pushpa Pagdhare), R. D. Burman (a duet with Mukesh in Chhalia), Kalyanji Anandji, Laxmikant Pyarelal, and Jaidev (a duet with Manna Dey in Parinay and a solo in Solwa Saawan). Her songs in Meera (1979), composed by Pandit Ravi Shankar, won her the Filmfare Award.

Around 1974, she shifted her base to Madras and soon became a sought-after singer in Tamil, Telugu, Kannada and Malayalam cinema. She worked with almost all the leading music directors of south namely M. S. Viswanathan, M. B. Sreenivasan, K. V. Mahadevan, M. K. Arjunan, Jerry Amaldev, Salil Chowdhary and Ilayaraaja. With the future Academy award winner, A. R. Rahman, she recorded a duet with S. P. Balasubramanyam in the song ""Sugam sugam athu"" for the film Vandicholai Chinnarasu in 1994.

Besides Hindi and Tamil, Vani Jayaram has recordings in other languages of India. These include some songs in Gujarati, Marathi, Marwari, Haryanvi, Bengali and Tulu, and a huge repertoire in Malayalam, Kannada, Telugu and Oriya. For her work in some of these languages, she has been awarded many prestigious awards, among them are Best Female Playback Singer for states of Gujarat (1975), Tamil Nadu (1980) and Orissa (1984).

One of her most famous Marathi songs, ""Runanubandhachya,"" is a duet with the classical Hindustani singer Kumar Gandharva. This song was composed by Vani's mentor Vasant Desai for a Marathi drama called Dev Deenaghari Dhaavlaa. The lyrics were written by Bal Kolhatkar.

Why Book Vani Jairam Through ArtiseBooking?