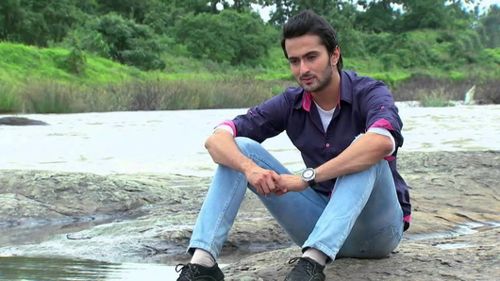 Vibhav Roy is an Indian Television Actor. He is Good looking, ambitious and highly qualified Vibhav Roy started his acting career with the daily soap Gustakh Dil on Life OK. Giving his best shot on screen and getting immune to the world of glamor, let's find out what made him enter the world of entertainment and take up acting. TellyBuzz gets you the insight of Vibhav's personal and professional life. He Was born and brought up in the capital city Delhi. He pursued my degree in C.A (Chartered Accountant) from Melbourne after which he joined IBM in Melbourne, worked there and then decided to quit his job and pursue my passion for acting. He always wanted to become an actor, but his parents were reluctant and agreed on one condition that he should not forget his career for the sake of acting and that's exactly what he did. When he started earning it was then that his parents supported him and to fulfill his passion he came to Mumbai. Oh yes, He did struggle for a year and so but the struggling phase taught him a lot of patience, perseverance. It was lots of hard work. Vibha go for the auditions at Ravi ojha Productions and he gave a test shot in the audition after which he was selected and started shooting. It was a dream come true for him as his hard work and sacrifices paid off. he have never watched television shows, but his parents used to watch. he is a movie buff and love Shah Rukh Khan a lot. Since now he is acting on TV, he has also started watching television shows.