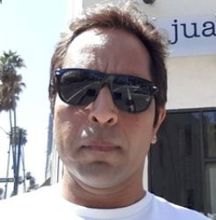 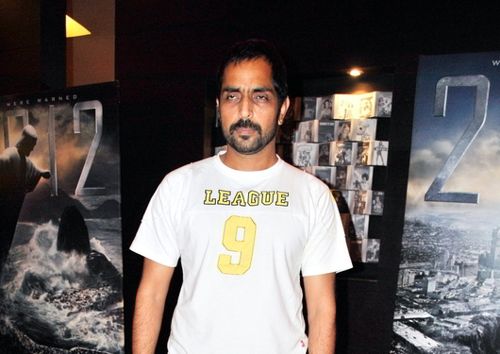 Vishwajeet Pradhan is an Indian Bollywood actor who has worked in many films including Yalgaar, Raaz, Karam, Zeher, Zakhm, and Lamhaa. Vishwajeet often plays the role of inspector or commissioner. Now he is playing an antagonist role of S.S.P Brahmanand Jakhar in Maryada: Lekin Kab Tak? on television. He is married to a former fashion designer Sonalika Pradhan. They have two children, daughter Dhruvika and son Ojas. He belongs to Merrut in Uttar Pradesh. He is also a politician associated with the Samajwadi Party. A major fire broke out on the sets of Anees Bazmee’s No Problem while the unit was shooting in the middle of the sea for a vital action sequence. Vishwajeet was in a scene where he is supposed to raise panic over the fire and try to save himself. While he caught fire, hurting his leg, everyone thought it was a part of his act and complimented his acting skills! But as soon as everyone realized what was happening, Vishwajeet was saved from any further injury by prompt action. Sunil Shetty also suffered burns on his hands. The fire extinguishers on the sets proved to be very handy. Suniel Shetty and Vishwajeet Pradhan almost became victims of severe burns. A hurt Vishwajeet said, “These things happen and despite all the precautions, the fire was just uncontrollable because of the sea breeze. My trousers were very thin. I guess it’s part of the game, but I am in pain right now. After the incident, I went to a doctor and even a skin specialist for treatment. Another incident happened on sets of Rakht Charitra. Vishawajeet was apparently shooting the climax sequence for the film where his character was supposed to be shot dead. However the blast in the shot was so intense that he had a huge cut along his jaw line that required surgery. After the incident, he was admitted to an emergency ward and later shifted to the normal ward. A surgery was carried out later with a reconstructive plastic surgery carried out to hide the scar. The sequence in question was apparently a normal blast scene that went haywire as the impact was very powerful, hitting the actor in the face, leaving him bleeding. Naturally, the actor and his wife were worried as the wounds require serious attention. Vishwajeet Pradhan's latest film include No Problem, as well as successful films such as Bbuddah... Hoga Terra Baap where he played a constable named Shindey and Kulkarni in Chatur Singh Two Star,Chal Chalein.

Why Book Vishwajeet Pradhan Through ArtiseBooking?