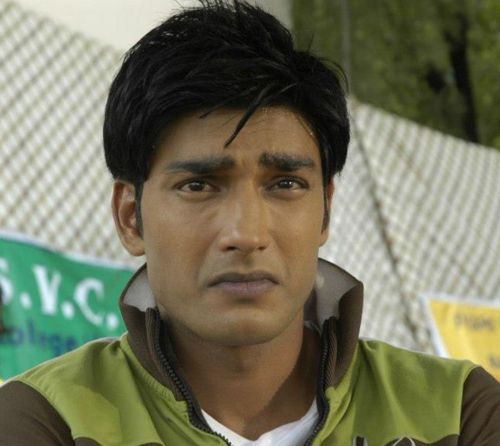 Zohaib Siddique is an indian television actor. Zohaib Siddique made his television debut with the show Hum Ne Li Hai...Shapath and currently he is playing the role of Rajiv Agrawal in Sapne Suhane Ladakpan Ke on Zee Tv. He got trained in acting by Kreating Charakters, Acting School for Films, TV Serials, Ad world. His first remarkable acting role in television was the role of Sub-Inspector Vikas on Like OK's Humne Li Hai Shapath. He has also acted in few Tamil films, but unfortunately the films did not get released, but solidified Zohaib's acting skills to soon become India's next angry young man. Sapne Suhane Ladakpan Ke is an Indian television series that started airing on Zee TV from 21 May 2012, replacing Chotti Bahu. The show is currently the second most popular show of Zee TV, the first being Pavitra Rishta. Zohaib Siddique is playing the role of male lead protagonist, Rajiv Agrawal in Sapne Suhane Ladakpan Ke on Zee Tv. Rajiv Agrawal, the hockey coach and love interest of lead protagonist Rachna on Zee TV's Sapne Suhane Ladakpan Ke. His character is of a young, disciplined, obedient ,supportive and well-built, gentleman, who enjoys sports and has a mind of his own. Zohaib Siddiqui hails from New Delhi and is living in Mumbai for past 20 years and born to parents Nizam and Aziz Siddiqui, Zohaib was intended to become a successful Mechanical Engineer and go abroad for further studies, but his passion for acting motivated him to become trained actor. He has done his schooling from Kendriya Vidyalaya ONGC Panvel and graduated from P.D.V.V.P.College Of Engineering, University of Pune. Before stepping into acting, Zohaib worked with Wipro Limited and also did some modeling assignments for some time. He loves playing guitar. He is very social and helpful and his friends and family dote on him. He is very popular among his fan following as well.

Why Book Zohaib Siddiqui Through ArtiseBooking?