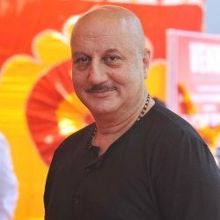 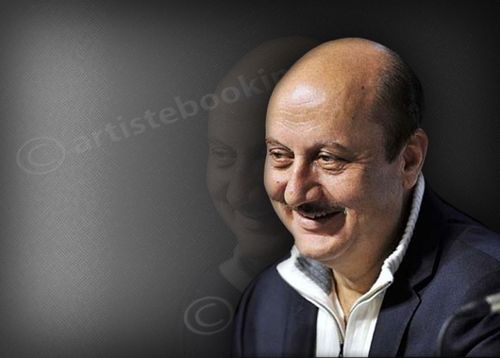 Anupam Kher (born 7 March 1955) is an Indian actor who has appeared in nearly 450 films and 100 plays.Though mainly appearing in Bollywood films, he has had roles in some films from other nations as well most notably the 2013 Oscar nominated Silver Linings Playbook, directed by David O. Russell. He has held the post of Chairman of the Censor Board and National School of Drama in India.In 2004, he was honoured with the Padma Shri by the Government of India for his contribution to Indian cinema. Kher made his acting debut in the 1982 Hindi movie Aagman. Then in 1984 came Saaransh, where 28-year old Kher played a retired middle class Maharashtrian man who has lost his son. He hosted TV shows such as Say Na Something To Anupam Uncle, Sawaal Dus Crore Ka and the recent Lead India. He has had many comic roles but has also played the villain such as his acclaimed role as terrorist Dr. Dang in Karma (1986). For his role in Daddy (1989) he received the Filmfare Critics Award for Best Performance. Kher has won the Filmfare Award for Best Performance in a Comic Role five times, more than any other actor. He has starred alongside Bollywood superstar Shahrukh Khan many times in films such as Darr (1993), Dilwale Dulhaniya Le Jayenge (1995), Chaahat (1996), Kuch Kuch Hota Hai (1998), Mohabbatein (2000) and Veer-Zaara (2004). kher is married to fellow actor Kiroon Kher. Kher is known internationally for Bend It Like Beckham (2002), Bride and Prejudice (2004), his appearance on the hit TV show ER, and more recently in The Mistress of Spices (2006) and Lust, Caution (2007). In 2012 he co-starred in the Academy Award-nominated Silver Linings Playbook. Kher recently been appointed the goodwill ambassador of the Pratham Education FoundaAnupam Kher is currently shooting for "The Dirty Politics". The movie also features Om Puri and Jackie Shroff.tion, which strives to improve children's education in India.

Why Book anupam kher Through ArtiseBooking?