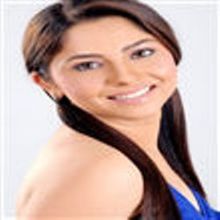 After participating in the beauty contest in her college, Sonalee kulkarni was offered several roles in advertisements and minor films. In 2006, she was offered a role in Kedar Shinde' film Bakula Namdev Ghotale, for which she received the Zee Gaurav award for best actress. In 2008, Sonalee was offered a role in Natarang, along with Atul Kulkarni and Kishor Kadam. The role made her famous, and established her identity distinct from Sonali Kulkarni, another Marathi actress sharing the same name.She received wide acclaim for her dance performances in the film.

Why Book sonalee kulkarni Through ArtiseBooking?