ArtisteBooking.com is led by a multi-faceted personality Mr. Manmeet Singh Rattan is an ace break dancer having won awards in numerous fields over a glittering career which saw him dons the roles of both an artist and an entrepreneur, Mr. Rattan has a keen interest in sports as well, having represented Delhi in the India junior hockey Championship for Delhi for 3 years. He went on to play for India sub junior in 1987-88. 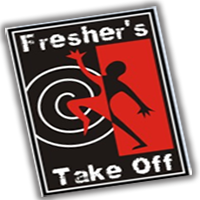 On the professional front, in 1989 he opened Delhi's first western dance school with today’s renowned artists like - Ravi Gossain, Joseph Das and Longee Fernanndes. He was also instrumental in formation of National Student talent association (NSTA) which unearths new talents. He currently serves as the President of the Association. After graduating from Delhi University, He then joined NIFT for fashion merchandising and also did MA in political science from South Campus (DU)

At ICEA he successfully organized product launches and fashion shows in Paris, Milan and London. Having gained international experience he returned home for his first business venture, Syndicate Entertainment. Amongst the first initiatives was to launch Campus and cultural festivals for colleges under Delhi University and he served as the President of the Cultural Department of Delhi University, All the 52 colleges were under him during that time (1991-92). He also started at that time event properties like Aakarshan, Eastern-Western Dance Championship, and Fiscal Dance Championship to name a few.

In 1996 the company rechristened itself to being Big Shows Entertainment Pvt. Ltd. Success became a companion when the company became the first paneled partner with Coca-Cola the first event of the company- “Fresher’s Take-off”. The event was created to promote anti-ragging and also to replace boring conventional fresher parties.Top DJ's used to come for these parties hosted by the company this was sponsored by Coca -Cola, Levi’s, MTV, Channel V, Sony Music and Woodland were among the few. Partnership with MTV yielded stars like Mini Mathur and Cyrus Sahukar.

In the meanwhile he continued to focus on colleges and During the course of events he brought artists like Shaan, Sonu Nigam, Alka 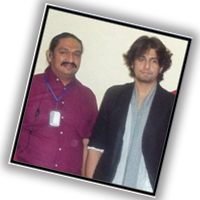 Yagnik, Udit Narayan and bands like Pentagram, Parikrama to DU. The company also organized an event named Pepsi Campus Rock, an event chain for Pepsi and Times FM ( FM by Times of India).
In 2005, Mr. Rattan also launched a production house for a T.V and film production. With this production house, T.V Serials and live events for national as well as International Channels was produced.

Further a website for direct interaction with artists was launched -- www.ganaga.com --- which revolutionized the fan-artist communication. In 2007, Media house named Midas Experiences which provides in film tie-ups, brand association in the films, and corporate and media tie-ups for music and entertainment industry. We also started movie promotions on ground which is now a trend of the industry. Devdas, Tarzan and Krishh are a few of them. In films were also made for brands like Airtel, Reebok, Lenovo and many more…

A step further in facilitating client-artist interaction is the initiation of the latest endeavor. The journey which started with Ganaga.com has bloomed into ARTISTEBOOKING.COM. 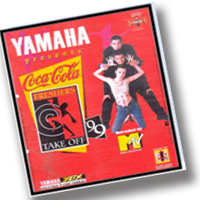 We also associated with Pakistani Artiste to bring them to India. In 1998 we represented Mehdi Hassan Sahib's tour in India. And association with Shehanshah-e-ghazal was life changing experience for Mr. Rattan. A western fashion, music and dance lover was changed to a real soulful classical music lover. Then a lot of cross-border music associations started and created Indo-Pak Music lovers groups for promoting Indian Artiste in Pakistan and vice versa breaking the Political Boundaries and promoting ties through cultural exchange.

At present the company has offices in London for UK based Asian artiste. In near future the company intends to gain foothold in regions like Middle-East, Canada, America, Singapore, Malaysia and many more.